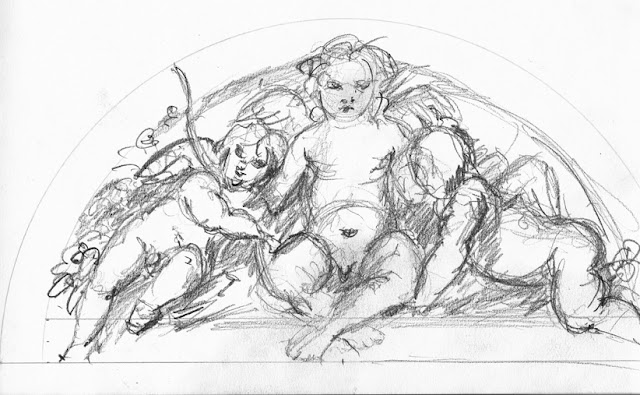 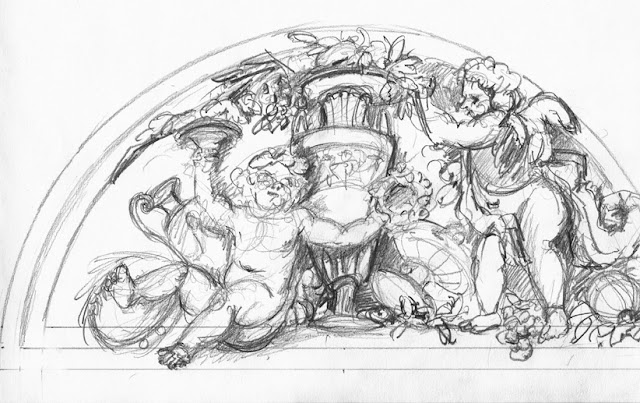 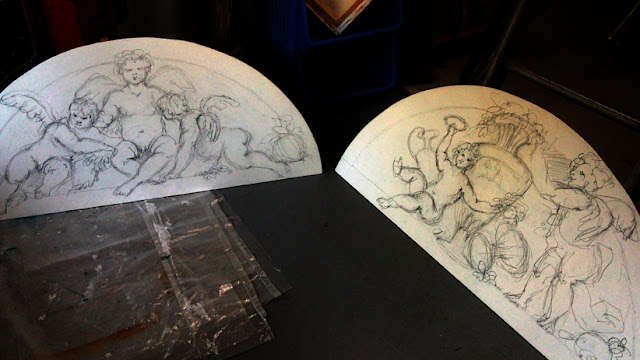 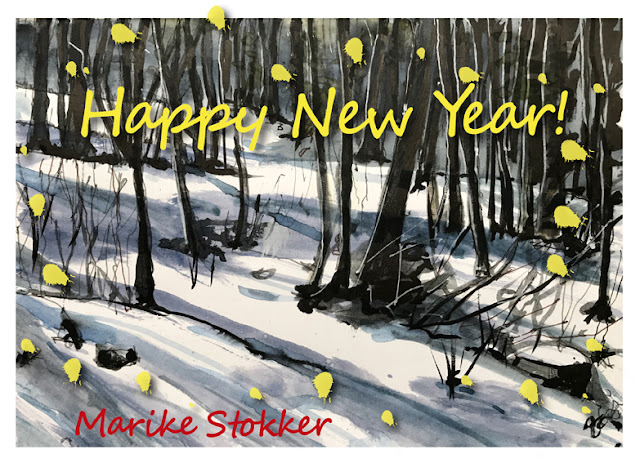 Around Xmas I was in the United States. The first couple of days after I arrived I stayed in The Green Mountains National Forest. From my sons warm work-room I made this sketch. It was a beautiful sunny day.