Every journey to the States start of course at Schiphol Airport. I didn't give myself much time to draw, so this drawing looks a bit 'shaken'. I had a wonderful seat with lots of leg room and a nice compagnion. The seat in between us was empty! I read half a book, saw 2 movies and a sitcom and we were in no time at our destination (after 9 hours!). 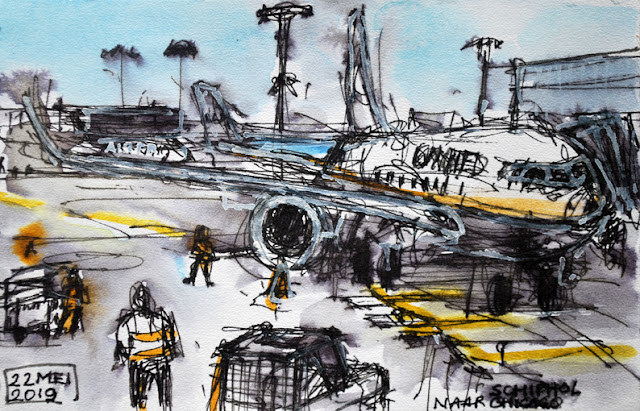 I'm visiting my family in Lake Bluff and also bought a ticket to the Chicago Urban Sketchers Seminar 2019, a three day event on May 31st and June 1st and 2nd.
But first I had to acquaint myself with the familiar places like the dog beach. When I arrived it was 28 C. Nice and warm. 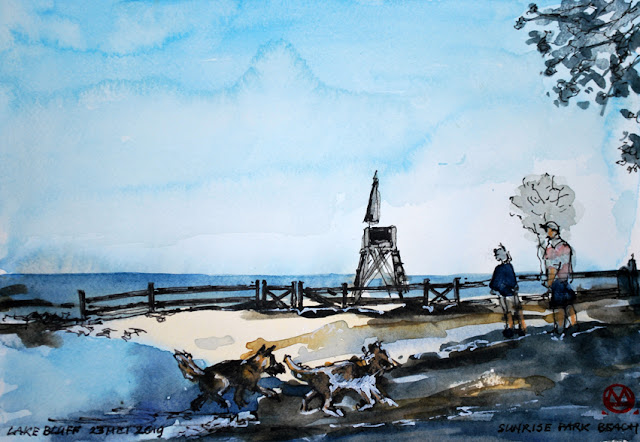 Jake, the family dog played with his friend and took mouthfuls of water.
I decided to draw the village, starting with the Village Hall. 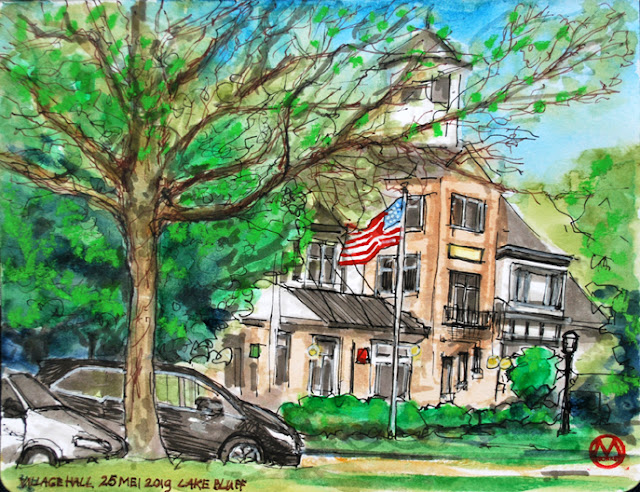 On Sunday the 26th of May we visited Nancy's friends in Barrington, als a little village in the Chicago Metropolitan Area. As they had a dog as wel we went to Bo's Dog Run Park in Hoffmans Estate. The dogs do their thing and their owners talk to each other. 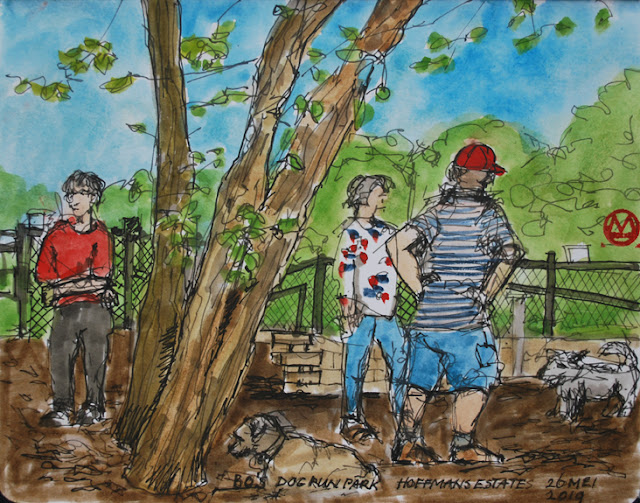 On Monday it was Memorial Day. The day that the soldiers, fire-workers and policeman who died while doing their duty are commemorated. In Lake Bluff the fire trucks stood outside of their garage and I put my stool opposite the garage to draw them. 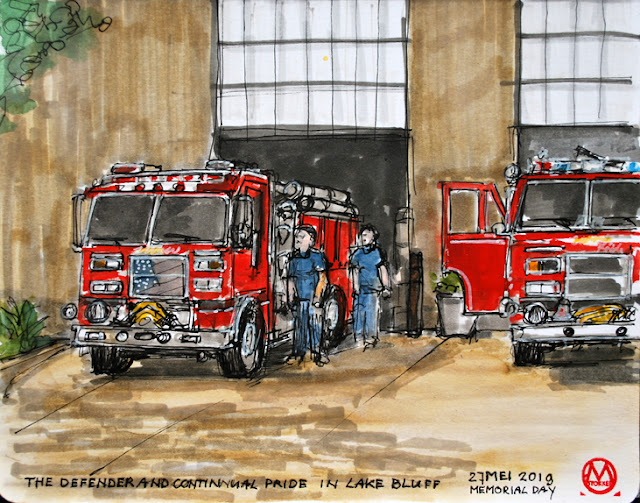 While I was drawing, a lady spoke to me who introduced herself as the President of the Village. She liked my drawings (I also showed her the drawing of the village hall) and she liked to put them up in the Village Hall. So I promised her to have prints made which I will take with me, the next time I come to visit.
In the afternoon Jelle and I went to Chicago. Later we heard that it was the rainiest day since 1895 and there was a tornado alert. I made a picture of the rain and the skyline... 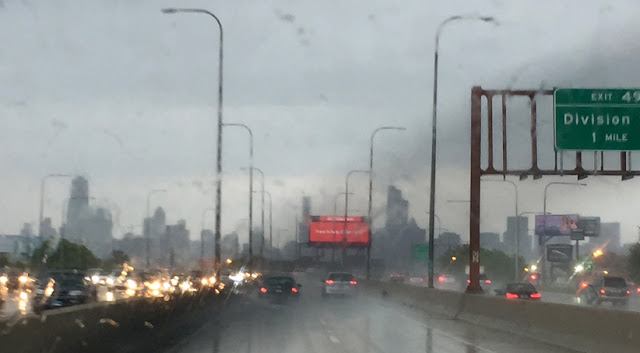 We saw the Wave of Hokusai in the Chicago Art Institute and some paintings of Monet and Van Gogh I never saw before.